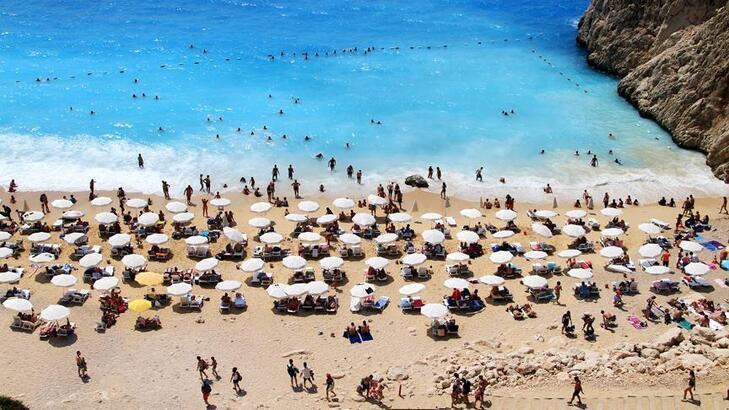 The Mediterranean province of Antalya, the heartland of the Turkish tourism industry, was the top destination for Germans making summer holiday reservations in the January-February period, according to numbers from the German Travel Association (DRV).

Many people who canceled their holiday plans last year due to the pandemic are eager to travel this summer, said Recep Yavuz, the manager of the NBK Touristic travel agency.

The packages provided by Turkish hoteliers who prioritize the safety of the visitors in pandemic conditions have been receiving great interest abroad, and the numbers announced by the DBV, which represents the tour operators in Germany, is an indicator of that, he added.

With a market of 70 million tourists, Germany is one of the top targets of the Mediterranean countries with high tourism potential, such as Turkey, Spain, Portugal and Egypt.

With a bed capacity of 600,000, Antalya will further outperform the Greek islands of Crete and Rhodes as the number of bookings increases, according to Yavuz.

The Russian Tour Operators Association (ATOR) also announced that reservations for Turkish resorts have been rising as Turkey eased coronavirus-related restrictions this week.

Last year, the number of foreign visitors to Turkey decreased by 69 percent to 15.9 million (12.7 million tourists and 3.2 million Turks residing abroad), according to the Culture and Tourism Ministry data released on March 5.

In 2020, Turkey launched a Safe Tourism Certification Program, which covers a broad range of safety measures in transport, accommodation and health conditions for tourists and hospitality employees. Thousands of hospitality facilities were certified and inspected regularly by both the Turkish authorities and independent auditors.

PROPERTY FOR RENT & FOR SALE IN KEMER ANTALYA

NEW 3+1 FLAT IN THE RISING VALUE KEPEZ OF ANTALYA