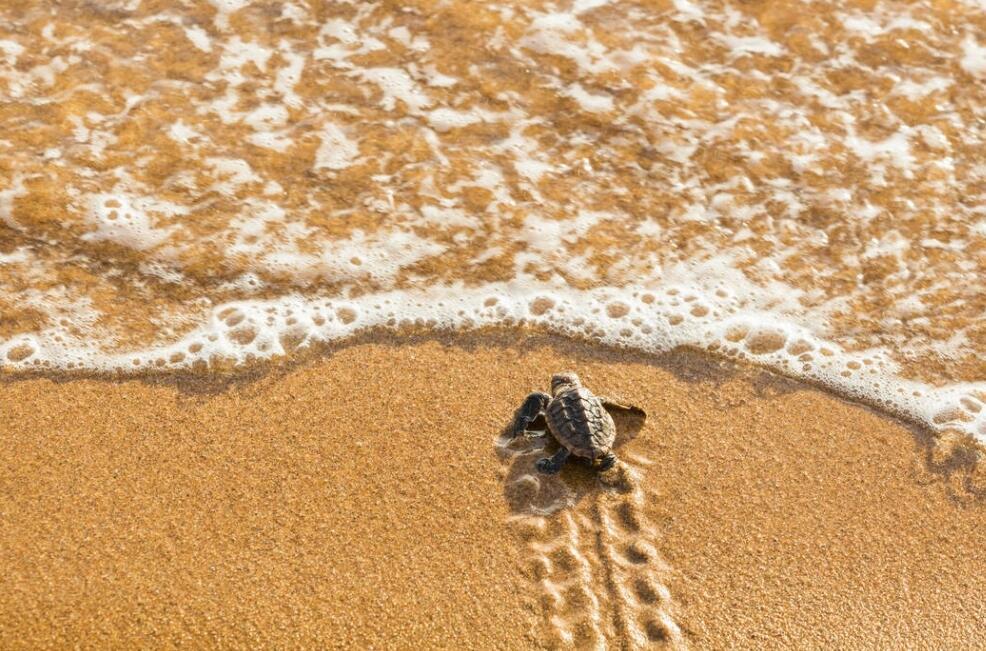 About 4,350 loggerhead turtle, or Caretta Caretta, hatchlings have managed to crawl into the Mediterranean Sea from the Çıralı beach area in the province of Kemer , Antalya between May and September, according to a report by an environmental organization, which has made serious warnings about the future of the world’s largest hard-shelled turtle.

Some 3,650 baby turtles on the Çıralı beach and nearly 700 others at nearby coves hatched and crawled into the sea, said the Ulupınar Environmental Protection, Development and Operation Cooperative in its annual report.

Even though volunteers and five wardens keep watch from 10 p.m. and 5:30 a.m. during the egg-laying season, at least 11 of the 109 Caretta caretta nests were damaged by beachgoers, it added.

A total of 7,351 eggs were counted in the mentioned nests, but baby turtles hatched from only half of them, said the report.

“It was extremely difficult to re-find the location of the detected nests as many of them were damaged by drivers and campers … Campers stay near the coves during the summer, building fires and making noise till the morning. As a result of this, the number of nests at the coves are in decline,” it said.

The dead bodies of nine sea turtles were found on the shore in the Çıralı region in 2019, said the report, adding that five of them were of the green turtle (Chelonia mydas) species and others were loggerhead turtles.

At least two of the deaths were caused by boat screw propeller, and two turtles were killed by fishing nets. The exact cause of death of the five others was not clear, but plastic materials were seen in their mouths and throats, according to the report.

During the hatching season, streetlamps get turned off along a nine-kilometer-long shoreline, with a driver being fined 60,000 Turkish Liras ($10,450) for entering the beach, it said.

Some 100,000 baby sea turtles are expected to reach the sea from the Turkish beaches in 2019, however, a vast majority of them cannot survive, falling prey to fish.

These turtles build a 20- to 24-inch deep nest in the beach.

After a 45- to 65-day incubation period, hatchlings try to reach the sea by following the moonlight, but artificial light often confuses them making them lose their way and die.

Wildlife workers build cages around the nests to mark them as a warning to tourists. Beaches with nests are closed after the sun sets.