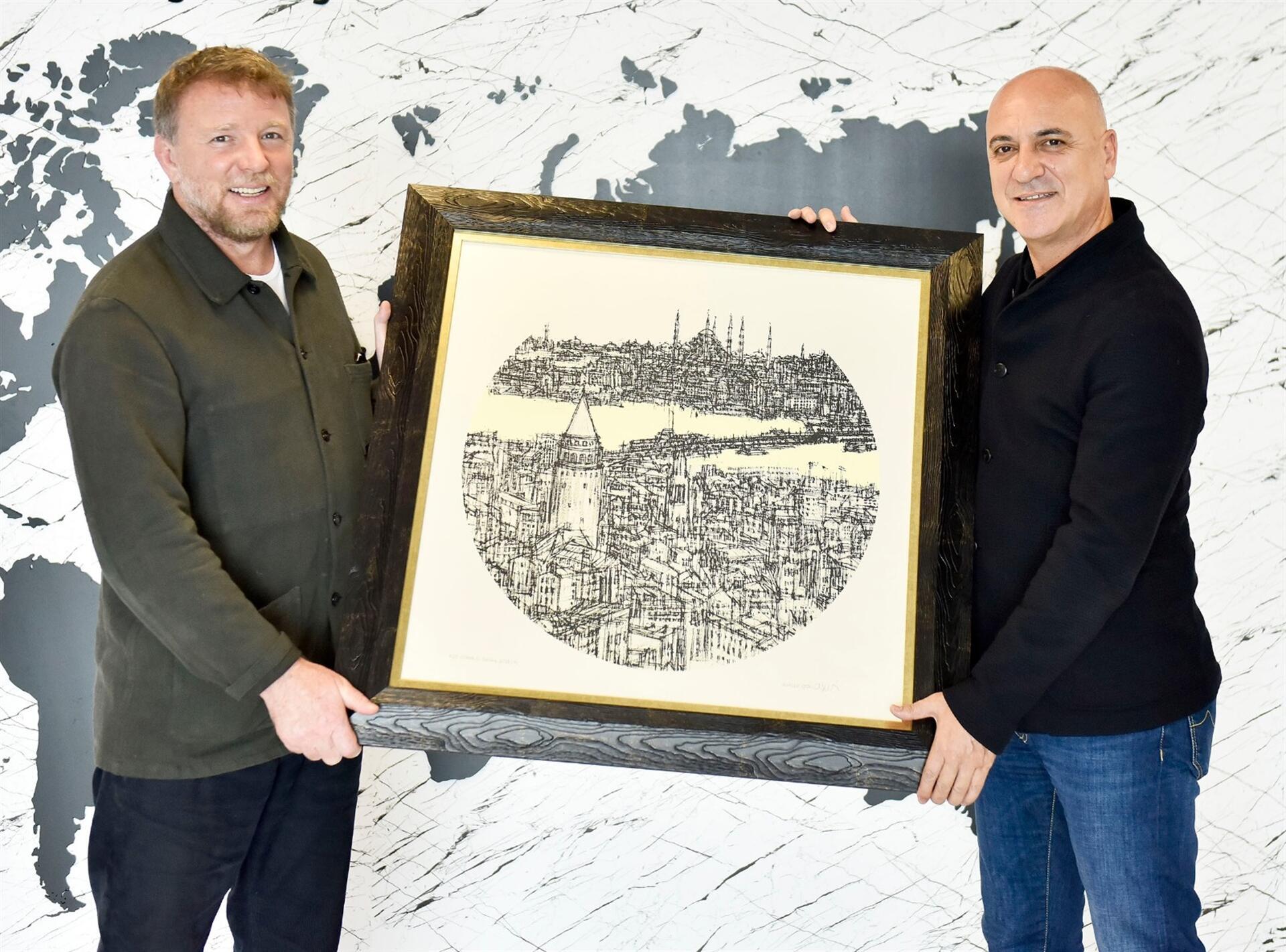 British director Guy Ritchie on March 18 hailed his time in Turkey and expressed a desire to make more films in the country.

The world-famous director has been shooting his latest movie “Five Eyes” in the southern province of Antalya.

Ritchie, known for films such as “Snatch,” “Sherlock Holmes,” “Sherlock Holmes: Shadow Plays” and “The Gentlemen,” shared a video and photos from his travels in the country on his social media account. “Turkey in general has been a great revelation. I like the old world, and the older the world, the more I like it,” he said in a Twitter post.

Describing the country as “pretty sophisticated” as where you would want it to be, “but it has enough charm as the old world,” he said the ancient city of Aspendos, which is located about 40 kilometers (about 25 miles) east of Antalya, “was magnificent.”

In the video footage, Ritchie showed his office at the shooting site, saying: “This is my 2,000-year-old office. If I’m operating in the Roman ruins, I need my office to be in Roman ruins.”

“I particularly like this location because it’s kind of unique in terms of it being a ruin. This whole thing was a city. Some of it almost seems untouched,” he said while showing around the area of filming.

“The place feels sort of still alive,” he said. “We like Turkey, and if it’s possible to make more films here, we will do so.”