Turkey's  Mediterranean resort city of Antalya , one of the famous tourısm destinations of the world, hosted over 1.5 million tourists in the first six months of 2021, tourism sector authorities said on July 7.

Antalya, also called the "capital of tourism" in terms of the number of tourists it hosts, attracts tourists from various countries with its sea, sands, sun as well as historical and natural beauties, cultural structures, ancient sites and luxury accommodation facilities.

The city, which hosts millions of tourists every year, offers a healthy and safe holiday opportunity as part of a “Safe Tourism Certification Program”, initiated during the coronavirus pandemic by Turkey’s Culture and Tourism Ministry.

Over 1.5 million tourists visited Antalya in the first six months of this year despite the pandemic and the restrictions on flights from some countries, according to the data from the Provincial Directorate of Culture and Tourism.

The city hosted nearly 440,000 Russian, over 429,000 Ukrainian, at least 145,000 German, and around 90,700 Polish tourists. They were followed by arrivals from Poland, Switzerland, Moldova, Romania, Kazakhstan, and the Netherlands.

Speaking to Anadolu Agency, Ferit Turgut, the chairman of the Mediterranean Region Representation Board of the Union of Turkish Travel Agencies, said: “It is important that 1.5 million tourists have come to the city so far. It is a better figure than the last year’s.” 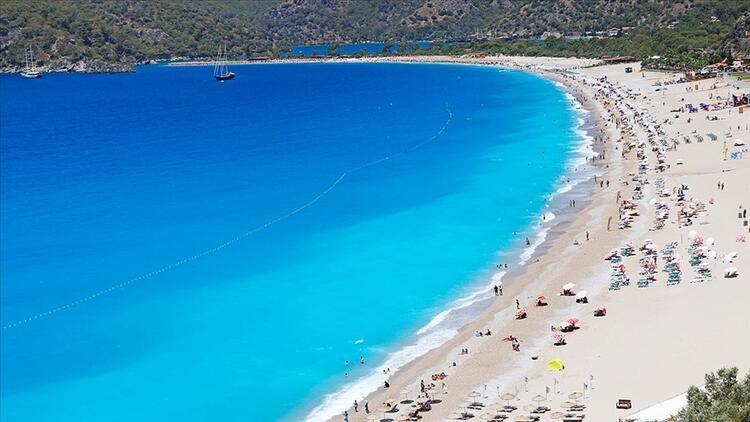 Emphasizing that a total of 250 planes from abroad landed in the city on July 6, Turgut said: “At the weekend, on July 3-4, 650 planes arrived in Antalya from abroad. Of the planes that arrived on July 6, 80 were from Russia, 40 from Ukraine and 50 from Germany.”

Recep Yavuz, the head of the Antalya City Council’s Tourism Working Group, told Anadolu Agency that with the arrival of Russian tourists, Antalya is trying to return to its old days.

Underlining that a total of 60,000 tourists came to Antalya on June 26, 18,000 of which came from Russia, Yavuz said the city will have quite a good season in the next three months.